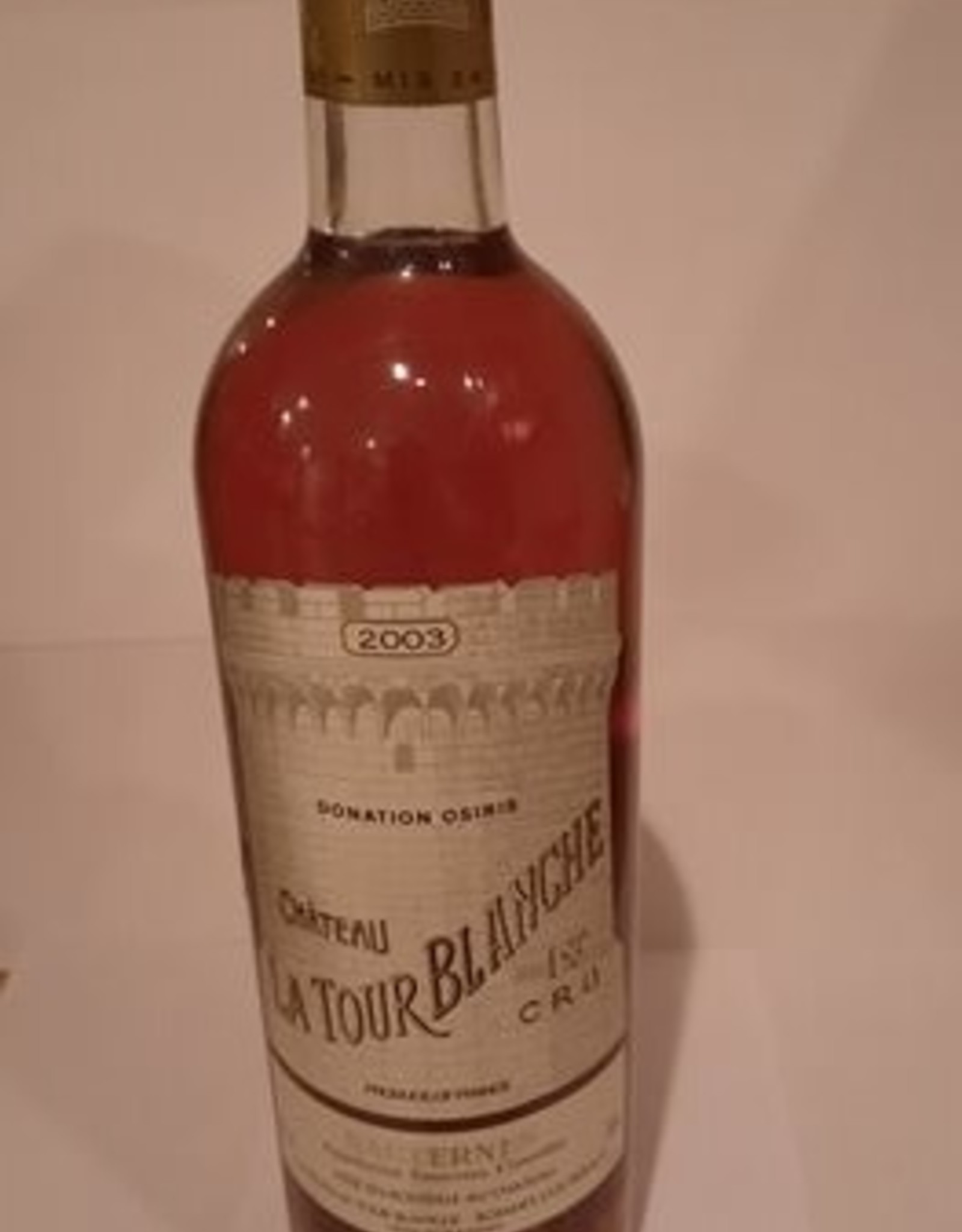 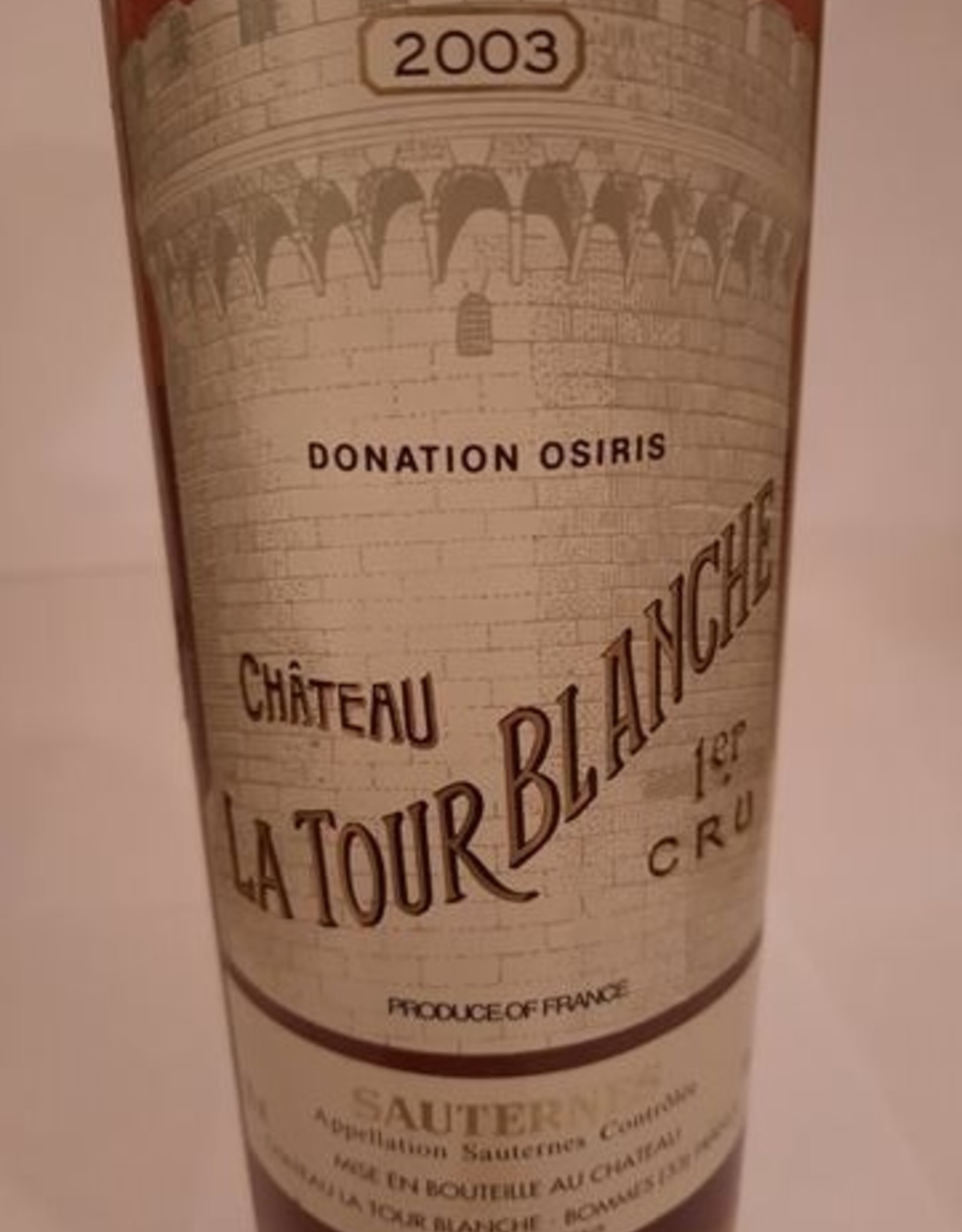 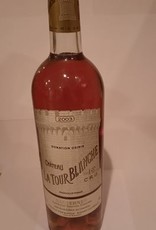 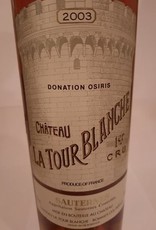 Château La Tour Blanche is a French wine estate in the heart of Sauternes, approximately 25 miles (40 km) south of Bordeaux. The estate's vineyards are predominantly planted to the traditional Sauternes grape varieties Sémillon (83 percent), Sauvignon Blanc (12 percent) and Muscadelle (5 percent).
The château was constructed in the 18th Century and subsequently gained Premier Cru status in the official 1855 Classification of Sauternes and Barsac. At the start of the 20th Century, the estate's owner, Daniel Iffla, gave the estate to the French State with the stipulation that a wine school be founded there. In 1911, the La Tour Blanche School of Viticulture and Oenology was formed, and today Château La Tour Blanche is still overseen by wine trade professionals. The fill on this bottle is excellent as is the cork. One Bottle