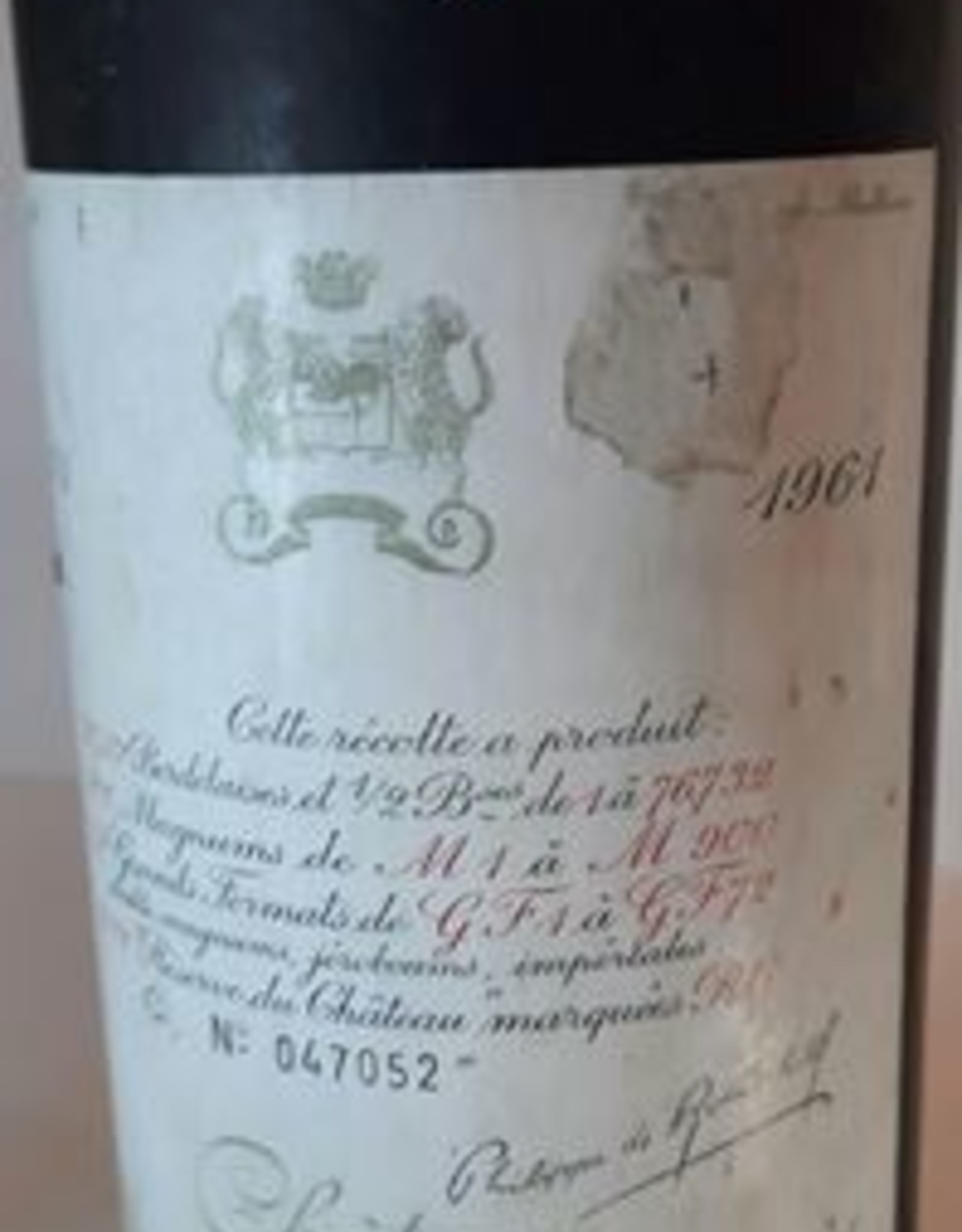 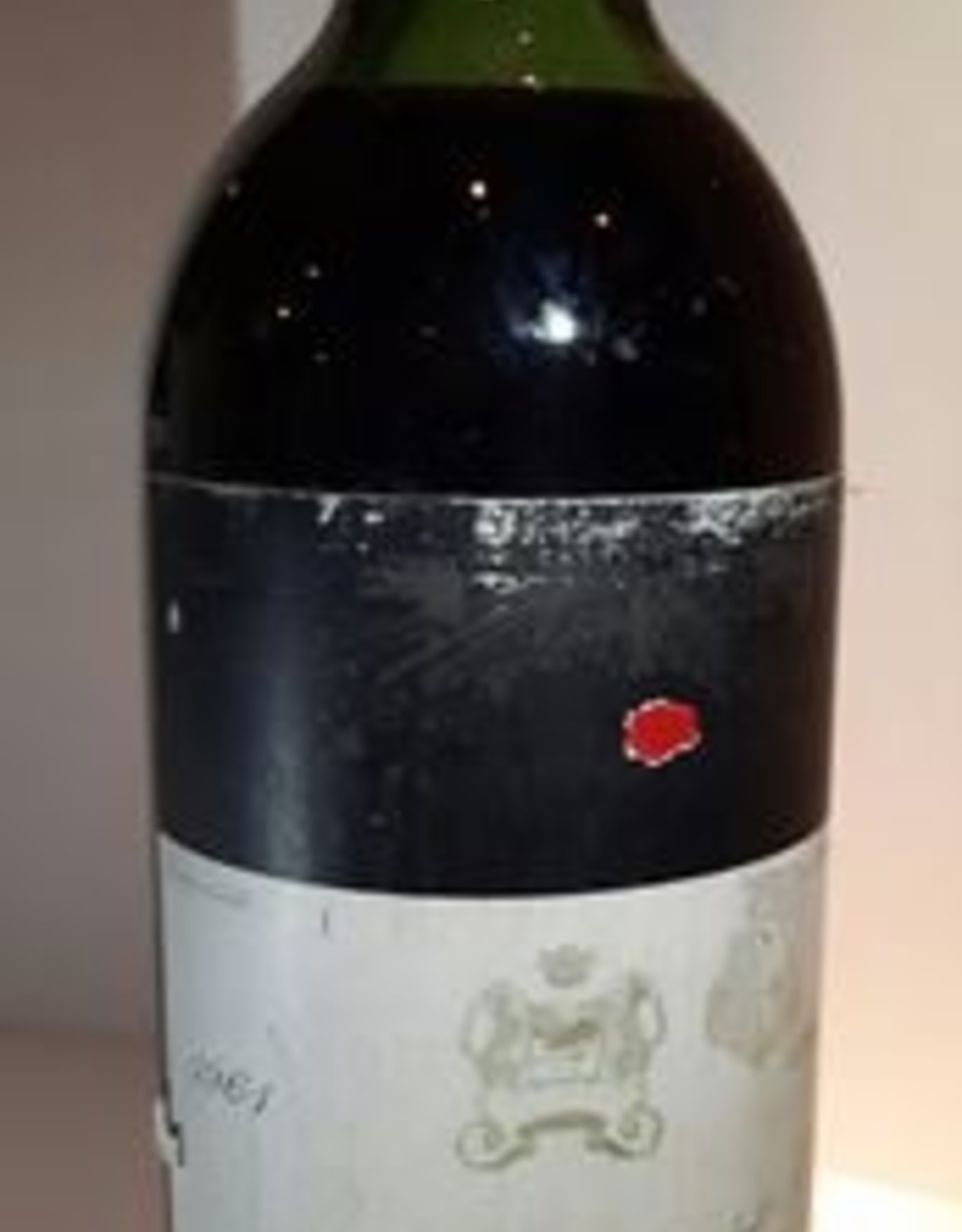 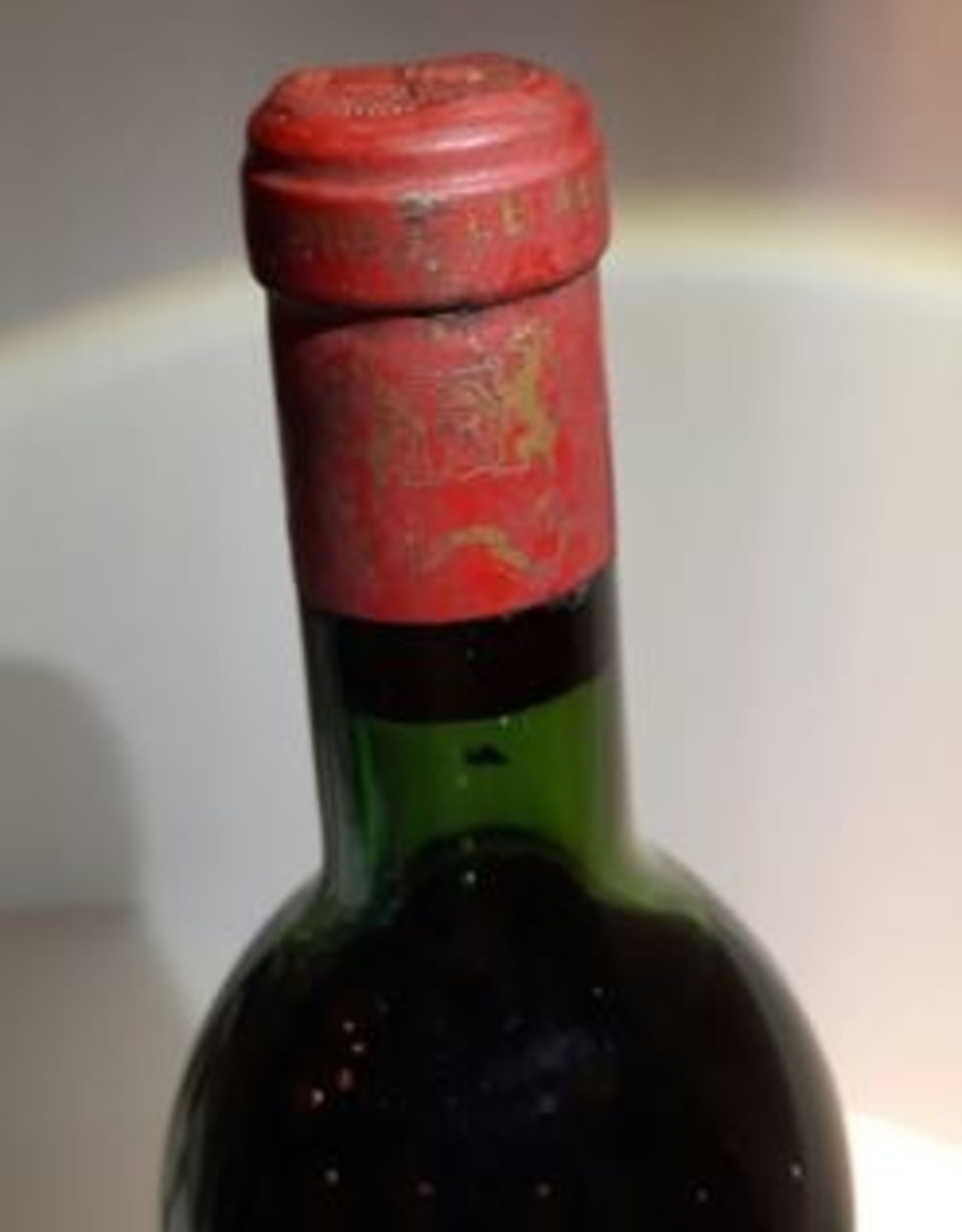 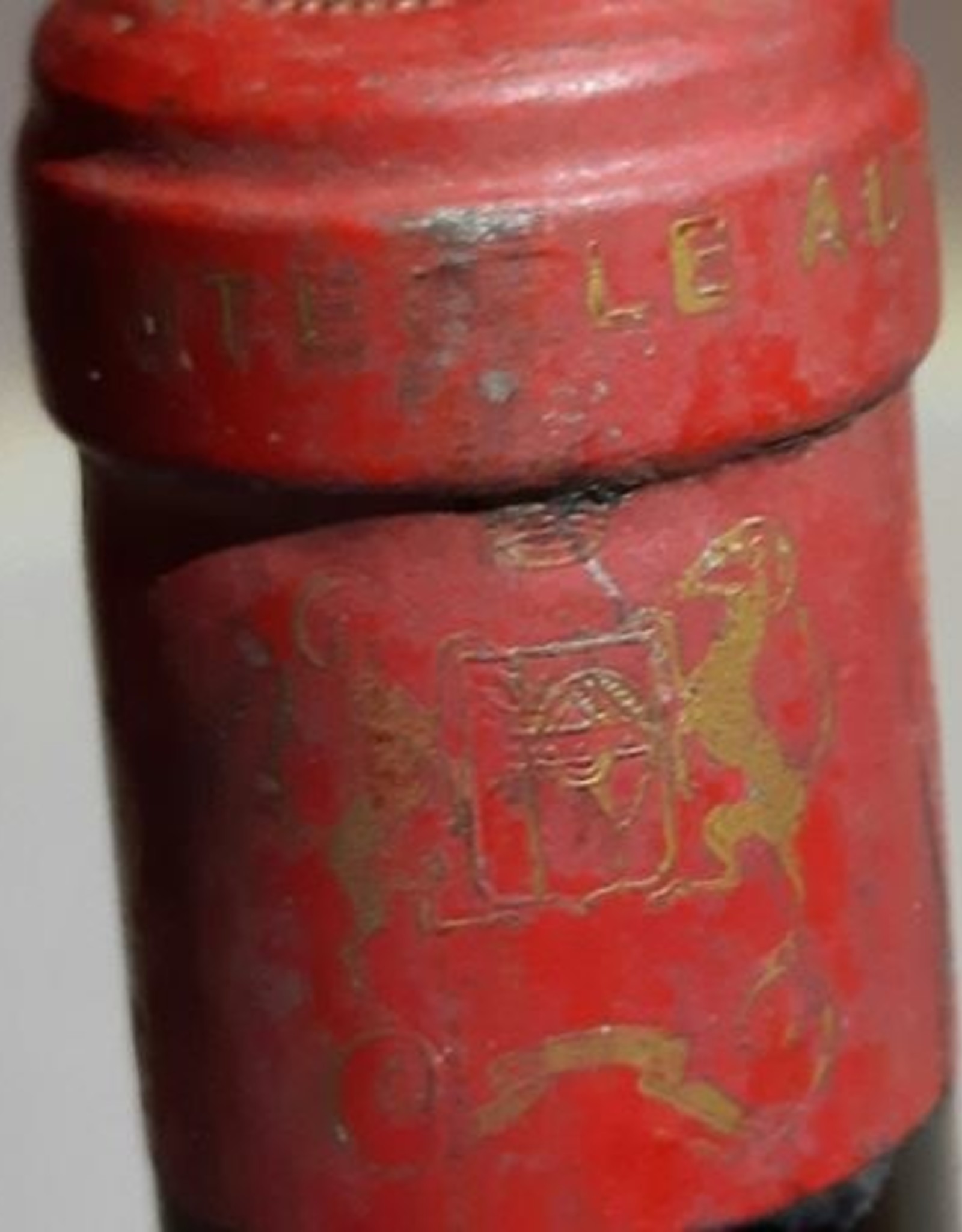 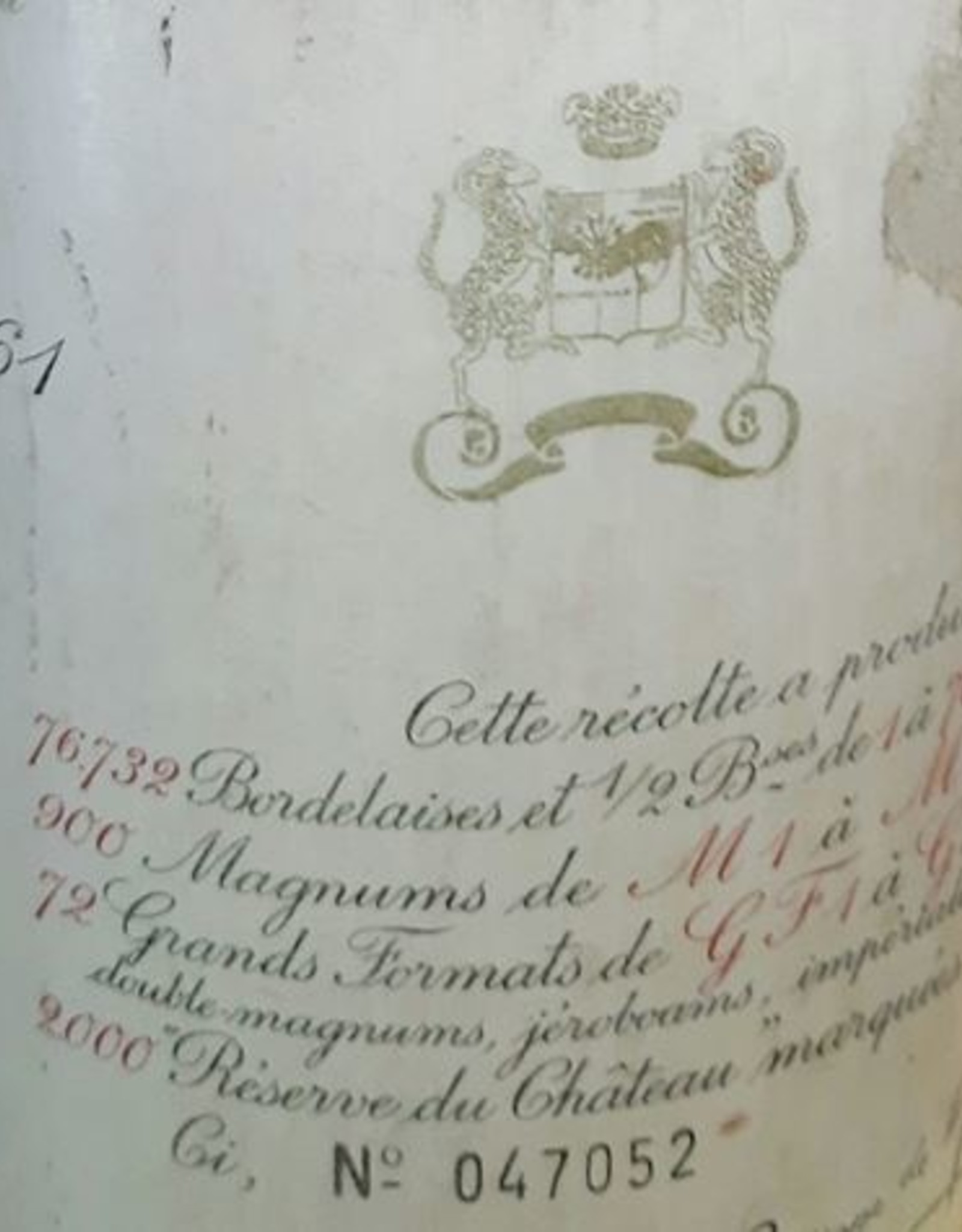 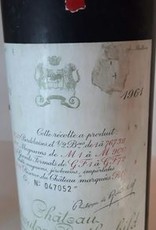 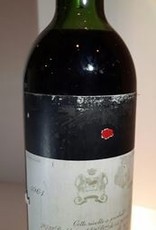 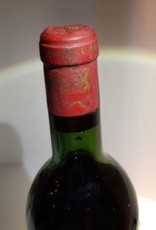 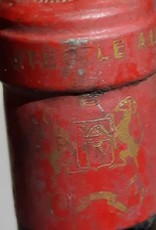 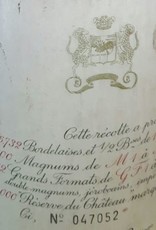 Château Mouton Rothschild is located in the commune of Pauillac, in the Medoc, 30 miles (50km) northwest of the city of Bordeaux. The grand vin is among the most highly rated and priced wines in the world, and is generally regarded as the most exuberant and powerful of all Bordeaux. Baron Philippe de Rothschild took control in 1922 and introduced château bottling in 1924, requiring the construction of the iconic barrel hall. At the end of World War II he also instigated the commissioning of a different artist each year to design the label. But his crowning achievement was the promotion of Mouton in 1973 to first growth status – the first change to the 1855 order.  This iconic vintage 1961 bottle depicts the artist of Georges Mathieu.  The cork is very sound, the fill is at high shoulders, and the label has a scratch on the art.